Weight:  41 pounds (If Santa was standing on the moon)

Eyes:  Two (they're both blue)

Age:  As old as his tongue, and a little bit older than his teeth 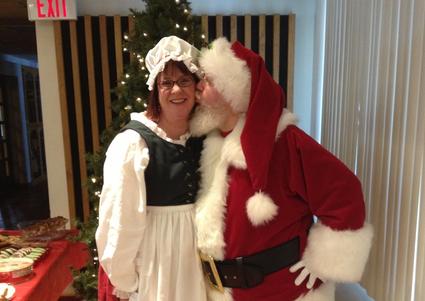 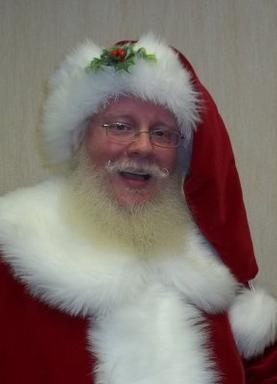 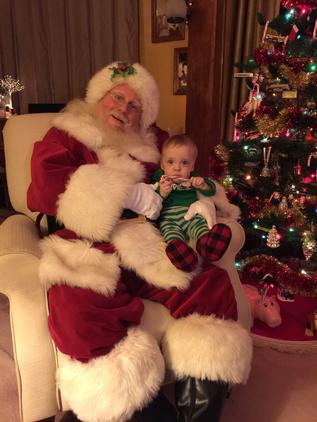 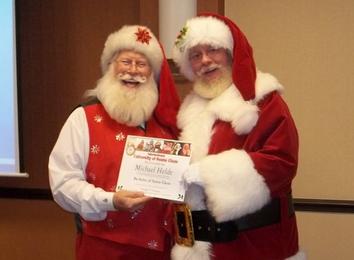 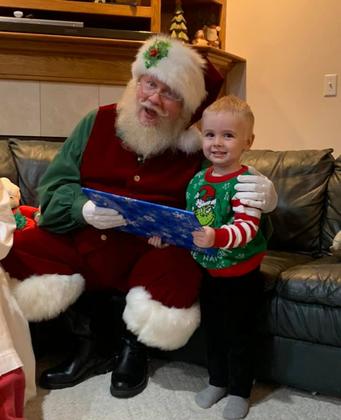 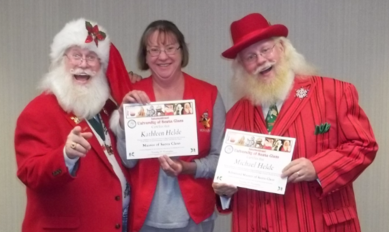 Minneapple Santa's real name is Michael Helde.  Since 2012, he's been a real-bearded professional Santa Claus in the Twin City Metro Area and a member of the Minnesota North Star Santas - Minnesota's premiere Santa Claus group.  He also joined the International Brotherhood of Real Bearded Santas (IBRBS).  And being a part of both groups, he's both background checked and liability insured (both available upon request). His Mrs. Claus is background checked and liability insured as well.

Minneapple Santa and his wife have attended the International University of Santa Claus (IUSC). He

It was probably preordained for Mike to become Santa Claus as he was born on Christmas Day!  Just a few of his passions are Lionel trains, Indiana Jones, Star Wars, Godzilla movies, dinosaurs, and those wonderful old Rankin/Bass Christmas specials.  He can even recite the original 1969 Frosty the Snowman cartoon almost word for word!  He's truly a big child at heart.  And don't forget Mrs. Claus! His wife Kathy is his true love and inspiration and she loves attending events as Mrs. Claus with her husband.

Some of the appearances Minneapple Santa has done in the past few years include (but are not limited to): Holly Trolley at Lake Harriet for the Minnesota Streetcar Museum, Night Trains at the Twin City Model Railroad Museum​ in St. Paul, the 12 Hours of Giving Blood Drive with the American Red Cross, a few Breakfast with Santa events at Macy's and Bubba Gump Shrimp Co., and numerous other public and private events (including a Christmas in July bridal shower and a Christmas tree lighting for the Standish-Ericsson Neighborhood Association).  He's even been in a TV Commercial for By The Yard (maker of Outdoor Furniture and Accessories), available for viewing on Minneapple Santa's Facebook Page.